The ‘serendipity mindset’: how to make your own luck

Dr. Christian Busch has had a lucky life. He narrowly escaped a catastrophic car accident at the age of 18. The car was wrecked but he walked away without a scratch. It was just the wake-up call he needed. “I turned my life around. Before that I’d been a reckless teenager who lived in the moment, having fun. The accident instilled a sense of urgency to try to find meaning.”

Luck continued to play a positive role in his life. An accidental coffee spillage in Starbucks led to romance and though the person in question is no longer his girlfriend they are still close. In his work as an entrepreneur, researcher and community-builder, he co-founded several social enterprises and teaches at both New York University and the London School of Economics – enjoying plenty of lucky breaks along the way. But Busch noticed that he wasn’t the only “lucky” one among his friends and colleagues. In fact, many of the most successful and happiest people he encountered also seemed to be on a permanent lucky streak.

It wasn’t so much that they were forever winning the lottery or escaping high-speed accidents, more that they seemed to have an eye for the main chance and making the most of the unexpected. In other words, they made their own luck. It’s this skill that Dr Busch explores in his new book. “Serendipity is smart, active luck,” he says. “It’s when you see something in the unexpected and connect the dots. It’s different from blind luck, which you can’t really influence.”

The way Busch sees it, since so much of our lives are influenced by the unplanned and the unexpected, it makes sense to capitalise on these moments.

“Unforeseen events, chance meetings and bizarre coincidences aren’t just minor distractions or specks of grit in our well-oiled lives,” he explains. “The unexpected is often the critical factor – it’s often the force that makes the greatest difference in our lives.”

Even in the rigorous world of scientific research, the power of the unexpected is often at play. “Studies suggest that around 50% of major scientific breakthroughs emerge as the result of accidents or coincidences.”

We wouldn’t, for example, have antibiotics if one of Alexander Fleming’s Petri dishes hadn’t accidentally become contaminated and grown a mould that led to the discovery of penicillin.

Another scientist might have cursed and thrown the “ruined” Petri dish in the bin, but Fleming’s curiosity, his “serendipity mindset”, meant it sparked one of the most important medical breakthroughs in history. Similarly, Viagra, Post-it notes, X-rays, nylon, Velcro, rubber and microwave ovens were all the result, to some extent, of lucky accidents. And many of the world’s most successful people credit serendipity for a large part of their success. Warren Buffet, Richard Branson, Oprah Winfrey and Arianna Huffington all believe they were lucky. While these naturally curious people might possess this “serendipity mindset”, any one of us can consciously cultivate it, says Busch.

The first step is simply to build an awareness of the unexpected. “The idea is to see meaning in the unexpected, rather than see it as something anxiety-provoking,” says Busch. This might not be something that comes easily, especially if you’re one of life’s meticulous planners, like Busch himself. “I’m a German who is used to planning,” he says. “Everything that is unexpected is anxiety-provoking but it helps to reframe it into, ‘Oh that doesn’t need to be a threat’’ There can be something beautiful in the unexpected, even if it doesn’t feel like it in the moment. If we can attune ourselves to the idea that the unexpected can be our ally, we can turn it into something if we connect the dots.” Of course it’s thrilling when discoveries are sparked in the moment, rather than through laboured planning but what does he mean by “connecting the dots”? “That’s when apparently unconnected events come together in front of you to form a new pattern. Crucially, the insight, the innovation, or new solution to the problem is not what was expected,” says Busch. It helps if you have laid some groundwork. “Cultivating serendipity is first and foremost about looking at the world with open eyes and seeing opportunities others don’t. It’s not just about being in the right place at the right time and having something happen to us (blind luck), but rather a process in which we can be actively involved.”

Busch gives the example of entrepreneur and blogger Nathaniel Whittemore, stranded unexpectedly in London, in April 2010, after an erupting Icelandic volcano grounded thousands of flights with an ash cloud. While many of us might have done a spot of sightseeing, Whittemore realised he wasn’t the only social entrepreneur stuck in London after the Skoll World forum on Social Entrepreneurship – London was chock-full of exceptional people stranded and twiddling their thumbs. Within 36 hours Whittemore had organised the TEDxVolcano conference, with 200 attendees, world-class speakers, including eBay’s first president Jeff Skoll, and a livestream watched by 10,000 people.

If you’re savvy about it, you can even seed opportunities for serendipity, for example, by giving people you meet a “hook” or opening.

“There’s always that dreaded question: ‘What do you do’,” says Busch. “You can say: ‘I’m a journalist, but recently I started reading about philosophy, and what I’m really interested in is exploring science.’ This is something the educational entrepreneur Oli Barrett does. He’s given you three potential ‘hooks’. He’s seeding potential dots so that you can connect them. You could respond, ‘Oh what a coincidence, I just started reading this book on philosophy and I want to set up a book club.’”

To cultivate a serendipity mindset, you need to let go of planning everything. Far more useful is a good general sense of direction, says Busch. Guiding values allow you to capitalise on chance circumstances, whereas a rigid plan leaves little room for manoeuvre. “In my teaching and thesis supervision, many students come to me and say: ‘I know exactly what I want to do.’ But potential high achievers more often say: ‘I have read up on this widely and become inspired, but I’m not really sure yet which specific perspective I should pick. Can we talk about this?’ The exceptional student tends to allow for a broader field.” Even crises can yield serendipity gold.

“With Covid, for example, the brewers here (in Germany) who usually sell alcohol to restaurants couldn’t because they were all closed, but they said: ‘OK, so we have alcohol, why don’t we make hand sanitiser?’”nAnd some companies are using their online community platforms to simulate “water cooler” encounters by randomly pairing employees for conversations. “It’s like social roulette. They’ll set a question, like: ‘What’s mostly on your mind?’”

When I ask Busch about his favourite example of serendipity, he says it’s ordinary day-to-day encounters

– sliding-doors moments, which have the power to flip your life, but so often pass us by, that he finds most intriguing. The “what ifs?

” “For example if you go into a coffee shop and have erratic hand movements like me, you can strike up a lot of conversations with the person next to you. Or you might spill the coffee and not follow up, so we miss it. That’s one of the things I’m most fascinated by – how often we miss serendipity. How often do you feel a connection and not do anything about it?”Advertisementnull

When Busch gave his first draft of the book to his publisher, they asked him to add more personal stories. Love stories specifically. “I said I’m 35 and single, maybe I’m not the best person. And then I met my ex-girlfriend straight after and asked her: ‘Do you know of any serendipitous love stories?’ and she said: ‘Yes, ours. We’re not together, but we put each other on this beautiful trajectory in life and we’re an amazing emotional support for each other.’ It gave me a different view of what constitutes success.”

In Covid times coffee-shop love stories are off the agenda. So what does he see as a viable alternative?

“Grocery stores could work. Everybody still needs to go, and I’ve bumped into a number of people there when dropping something.”

Buy The Serendipity Mindset, The Art and Science of Creating Good Luck by Dr Christian Busch (Penguin Life, £14.99) for £13.04 from guardianbookshop.com 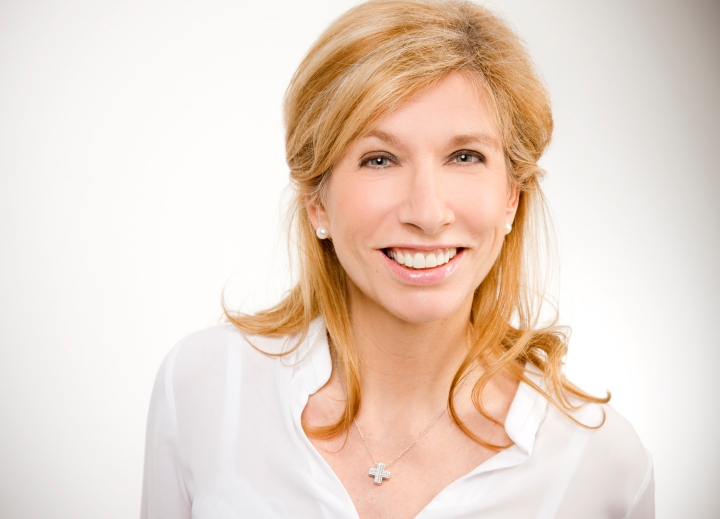 Read more about me here. 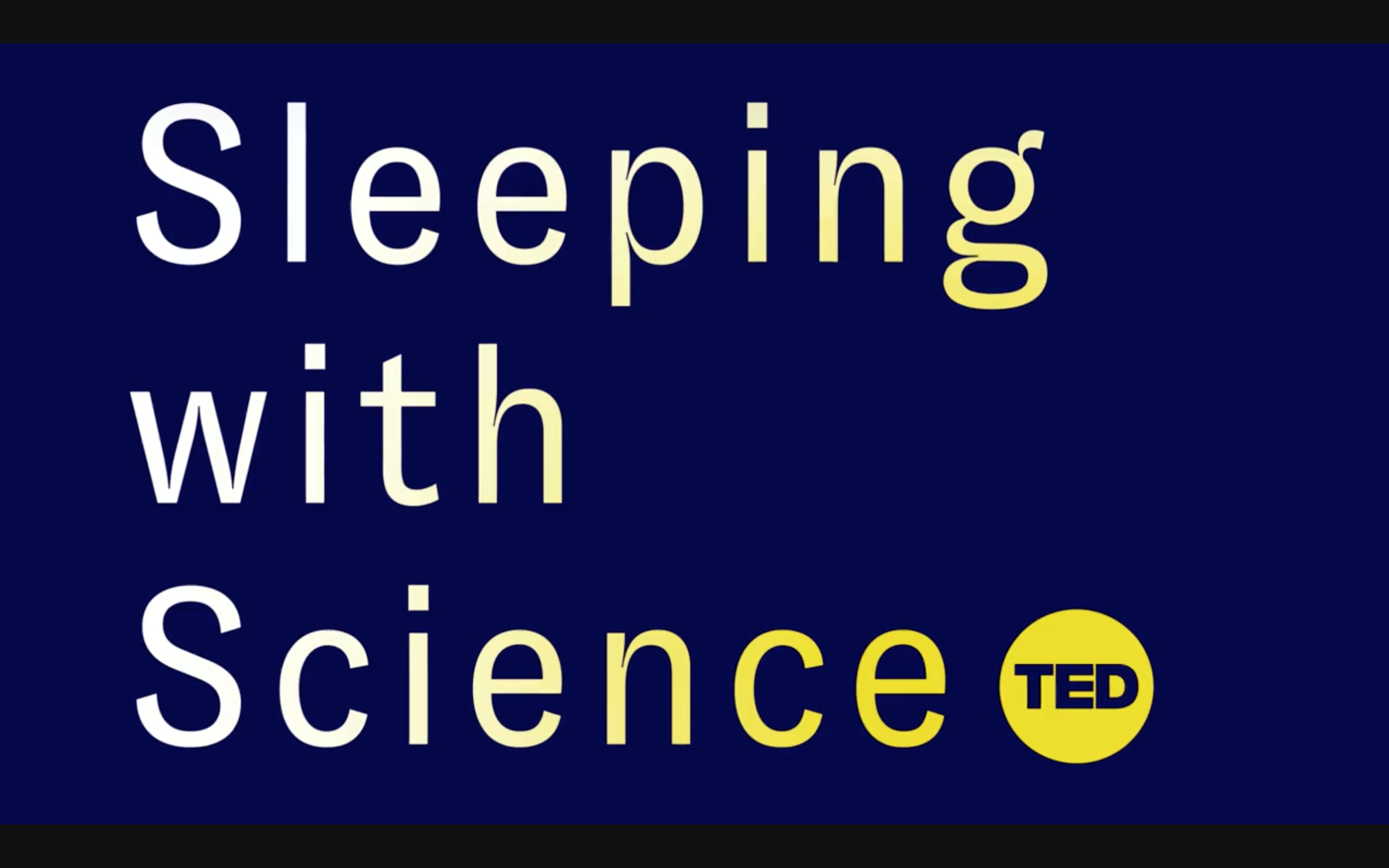 THE GUARDIAN: The ‘serendipity mindset’: how to make your own luck

The ‘serendipity mindset’: how to make your own luck.